Another biased and hateful source for Alex Gibney’s Going Clear film is Sylvia Yvonne “Spanky” Taylor. She is another one of those bitter individuals, out of the Church for over three decades, whom Lawrence Wright dug up to present false allegations about Scientology—ones already refuted and proven as untrue. Spanky Taylor belongs to the clique of Wright’s other disreputable sources and is close with Tom DeVocht, Jesse Prince and Hana Whitfield.

This woman is a celebrity sycophant who loves to make up stories. Wright uses Taylor as a source for information on John Travolta, based on alleged contacts she had with him 35 years ago while a member of the Church at Celebrity Centre in the 1970s.

It is apparent from the queries posed that Sylvia “Spanky” Taylor is likely a source for much of the material (e.g., Nos. 17-41). In view of her very vocal animosity and hostility towards the Church of Scientology, there are obvious reasons to question her reliability as a source for information pertaining to my clients which directly or indirectly involves Scientology. Various statements concerning Spanky Taylor, such as those pertaining to Mr. Travolta allegedly loaning his personal copy of Saturday Night Fever for a Church screening as a purported quid pro quo for seeing Spanky Taylor (e.g., Nos. 17-19 and 22-23), are untrue. This necessarily casts doubt on the remainder of the information for which Spanky Taylor is a source.

Even though Wright had been on notice of the falsity of the claims of Spanky Taylor since at least October of 2012, he included them in his book anyway.

Spanky Taylor is no source about the Church. Not only was she removed from Church staff in 1978 as unqualified, she was expelled from the religion decades ago for illicit activity. She involved herself in “deprogramming” activities of the former Cult Awareness Network (CAN)—a group which was exposéd for illegal activities. Its members were prosecuted and convicted of assault, battery and kidnapping. The entire network was composed of criminals and their activity (i.e., “deprogramming”) was ruled illegal.

Taylor was brokering for CAN and was involved in a conspiracy to deprogram several Scientologists. CAN declared bankruptcy in the face of a multimillion-dollar civil judgment for such criminal activity and closed its doors in 1996.

Taylor is also cited in Wright’s book as the source of false claims about the care of her oldest child while Taylor was undertaking a voluntary program of religious study between March and August 1978. Wright also implies that Ms. Taylor’s unborn son was placed at risk while she was in this program. Her former husband, Los Angeles attorney Norman F. Taylor, refutes these claims:

… I understand that Spanky is now trying, through the media, to revise history and create a false picture that Vanessa had been mistreated while in the care of the Church nursery, and by way of implication that I was not doing my job as her father to protect and care for my daughter. Vanessa was well cared for, fed regularly, changed regularly and had constant care by the attending nanny, who reported to me daily how she was doing. I never observed that she had been mistreated in any way. Quite the contrary. Vanessa had excellent care and I made certain this was the case as her father. For Spanky to state otherwise is an insult and a false statement of fact.

… As a further note our son Travis was born in March 1979 more than six months after Spanky had left the Sea Organization… He was born in Martin Luther King Hospital in Los Angeles. I was at the hospital the day he was born. (See Declaration of Norman F. Taylor .)

Alex Gibney never attempted to contact Mr. Taylor to verify his former wife’s allegations and has ignored all contrary evidence. Using such sources as Spanky Taylor undermines the credibility of HBO’s film. She is an interconnected part of the small clique of anti-Scientologists who were expelled for malfeasance. Like Marty Rathbun, Mike Rinder and Hana Whitfield, they seek to enrich themselves by attacking the Church and have participated in delusional, failed plots to take over the Church to get their hands on parishioner funds. This is Taylor’s crew. Her former housemate is Tom De Vocht, who was expelled from the Church for financial misconduct and was exposéd as a pathological liar. It has since been revealed that he was a co-conspirator with Rathbun and Rinder in suborning perjury and obstruction of justice. Like these and the rest of Gibney’s sources, Ms. Taylor has no shred of credibility.

Ms. Taylor is nothing more than another member of the same small group of fringe anti-religious hate zealots. After three decades, she still can’t get over her bitterness and move on with her life. 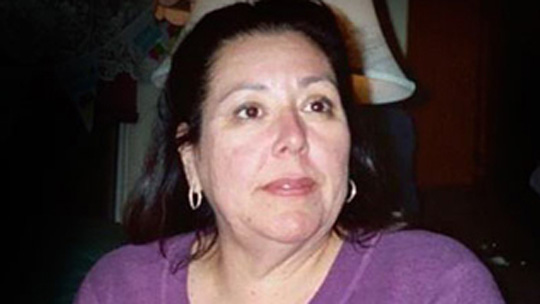 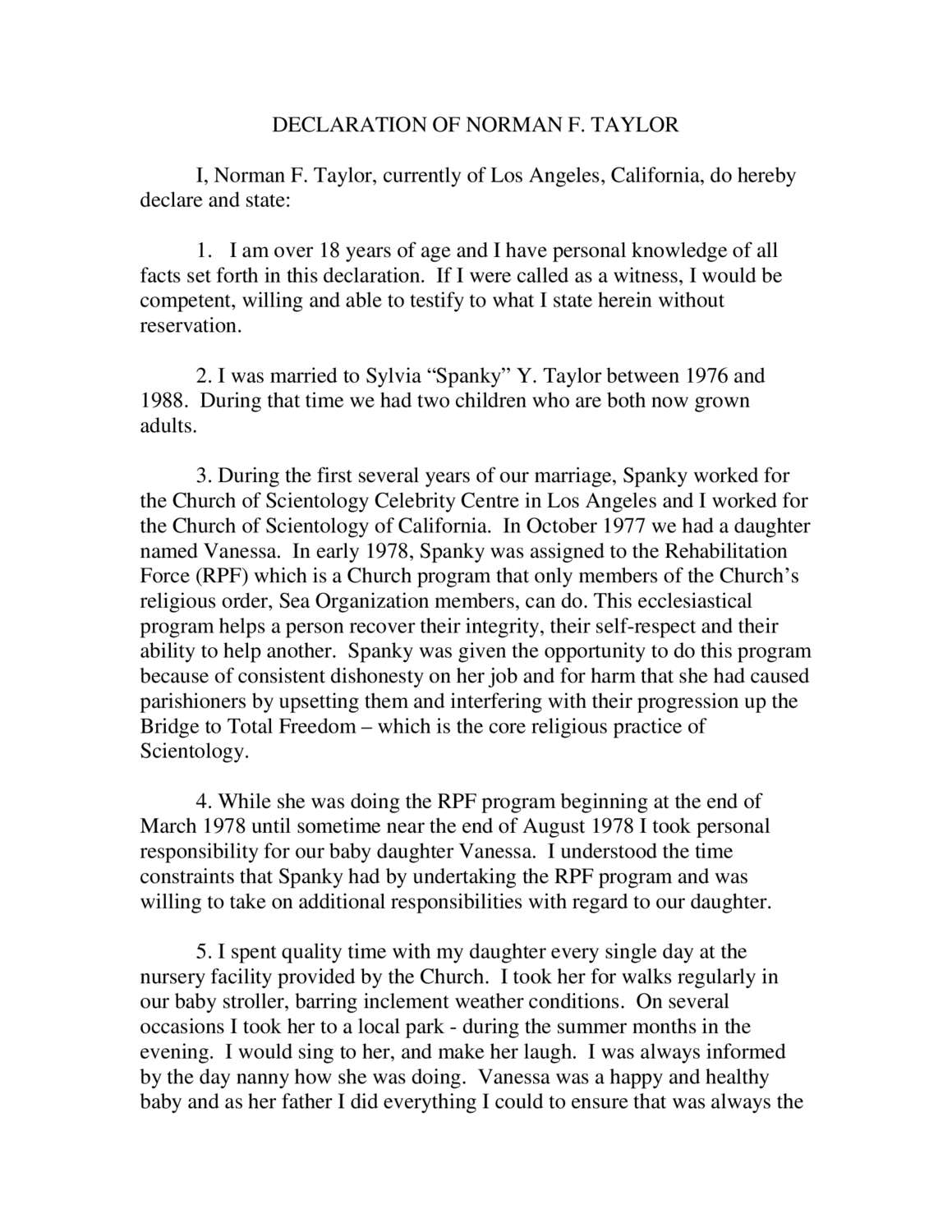 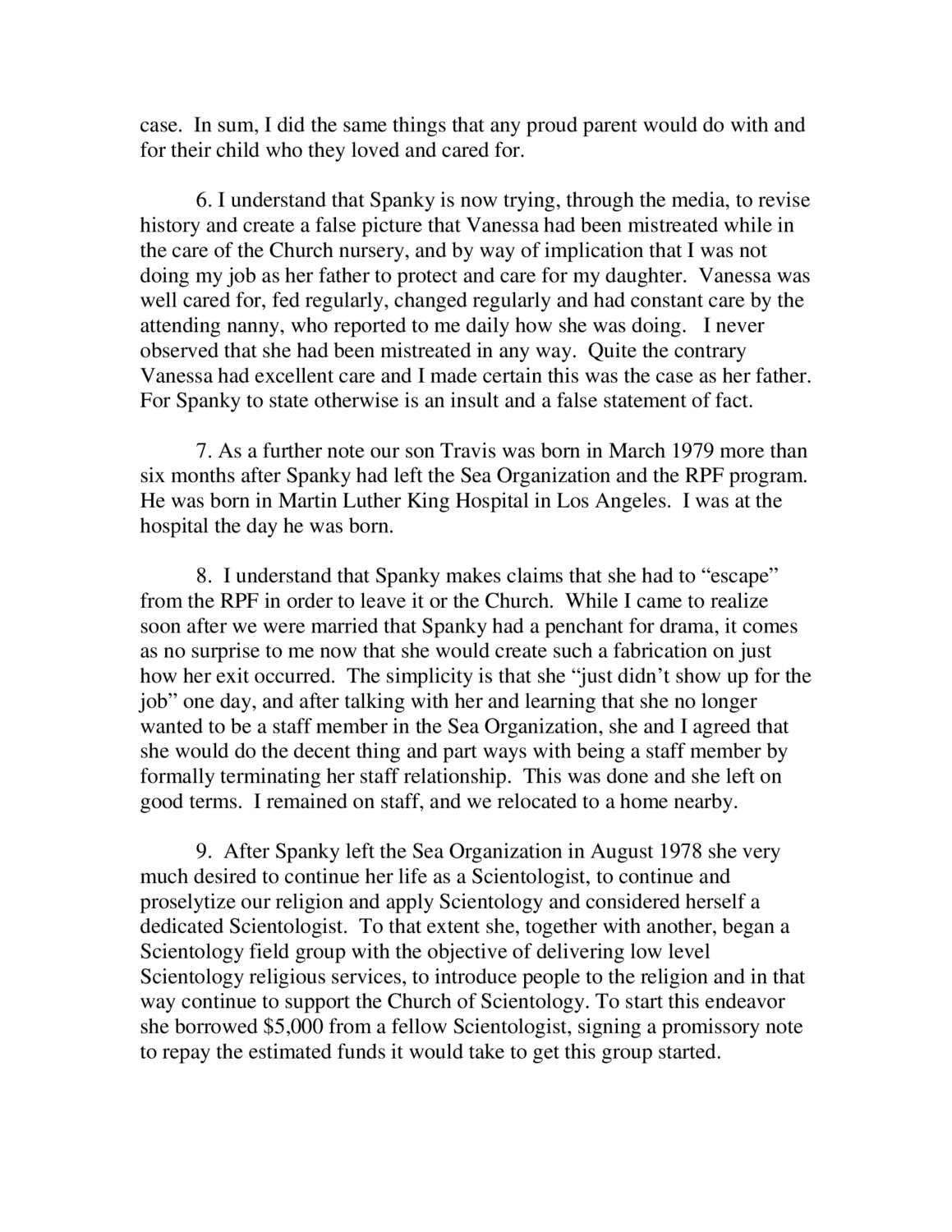 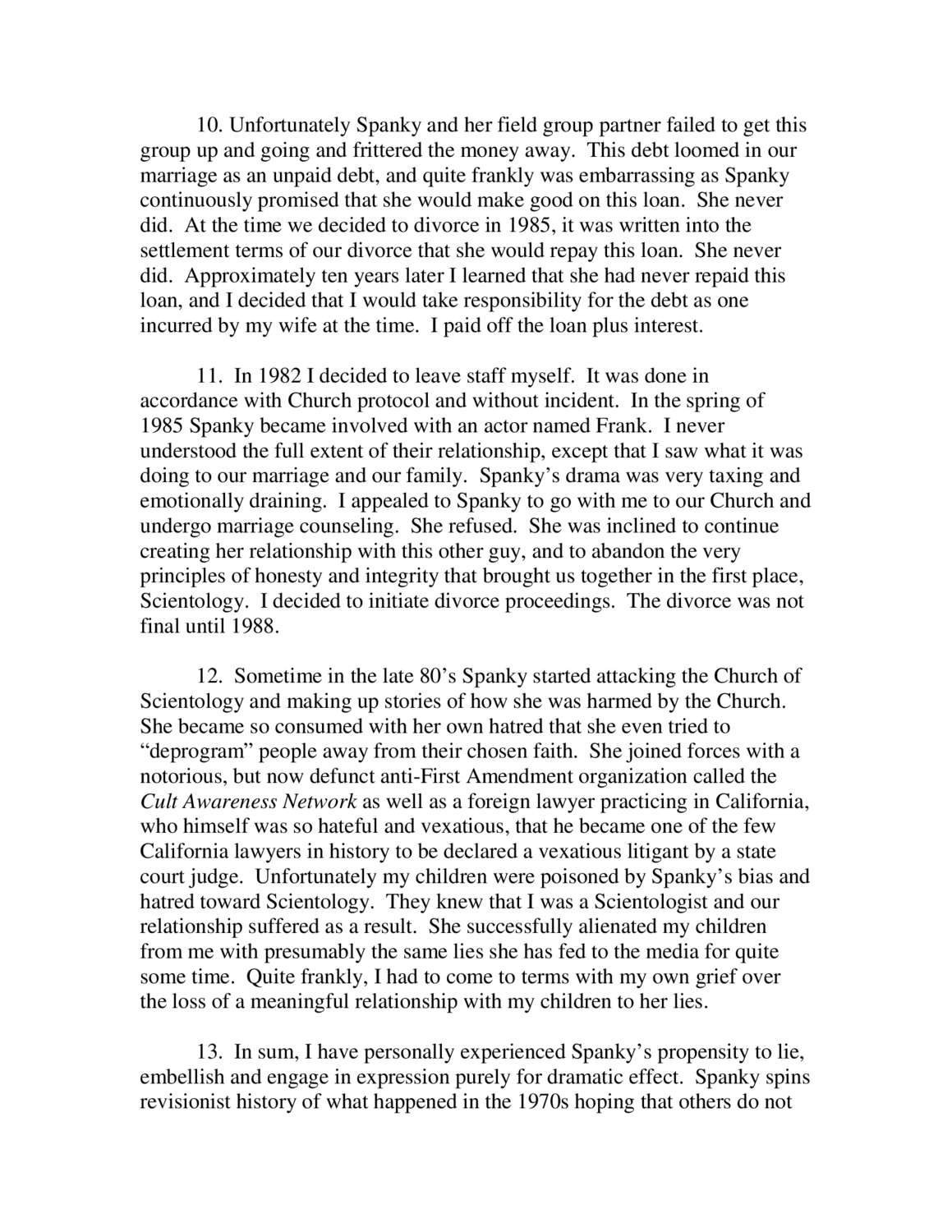 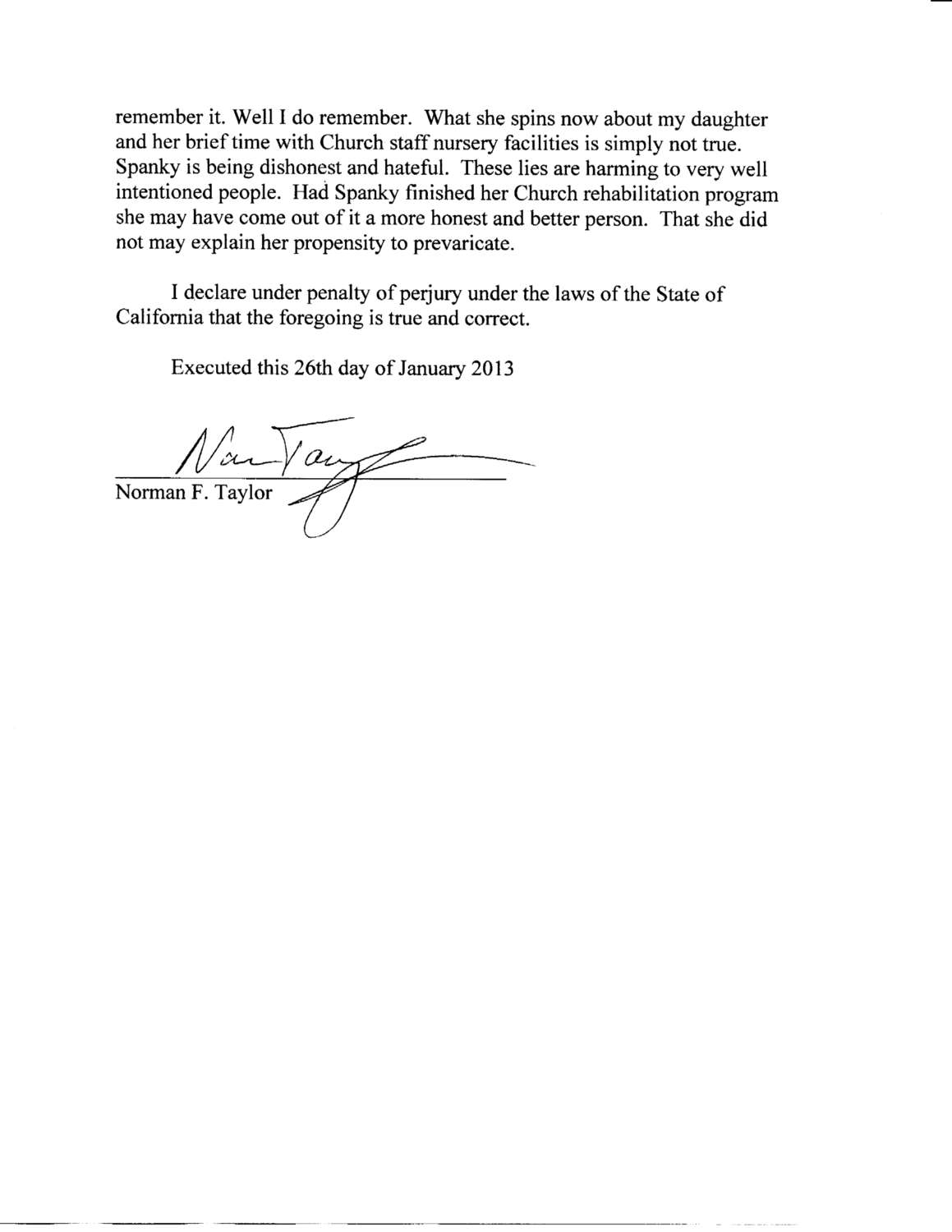