Hana Whitfield:
Can You Spare a Billion?

Watch this video and find out the real reasons for this source’s “shattered mental state”—the truth Alex Gibney conveniently ignores.

Hana Whitfield, a woman expelled more than 30 years ago, who once had delusions of “taking over” the Church through a frivolous $1 billion class-action lawsuit tossed out of federal court six times and called “incomprehensible” by a judge. In the 1960s, Whitfield changed her name and fled her native South Africa following a family plot to murder her father for which her brother went to prison. Is it any wonder she later complained of a “shattered mental state?” Even Mike Rinder, source and promoter of Alex Gibney’s HBO film Going Clear, has said Whitfield is driven by financial motives to “spread venom.” Nonetheless, HBO producer Lawrence Wright and Alex Gibney chose her as a credible source, never disclosing her history or her motives.

In writing a 365-page book targeting the Church of Scientology, Lawrence Wright sought out a tiny group of disgruntled ex-members led by this man, expelled from the Church for financial misconduct, deception, ineptitude and violence.

…and under whose stewardship, the Church’s social betterment programs have become the largest nongovernmental anti-drug and human rights campaigns on Earth.

But in writing his so called exposé on Scientology, Lawrence Wright’s sources were far from credible and Wright knew it.

When asked in a journalist forum, “Do you believe that journalism can lead to truth?” Wright had this to say: “Truth is one of those subjective terms that are pointless to get too tied up about.”

And to this day, Gibney refuses to reveal his allegations to the Church.

However, in presenting her as a “credible witness,” he glosses over a personal history that is both dark and disturbing.

Expelled from Scientology in 1982, Hana Whitfield has spent the years since attacking the Church.

In December 1986, Whitfield and five other expelled former members concocted a scheme to take control of the Church and its assets, filing a $1 billion lawsuit.

That’s one billion—with a “B.”

But the scheme failed and the case never got past the first step of court proceedings.

It didn’t make it any further the next time she filed it, either.

In total, Hana Whitfield’s lawsuit against the Church was dismissed six times for failure to even state a legitimate claim…

…The judge ruling that “there are no facts … that can be truthfully alleged.”

But Whitfield and her co-conspirators weren’t done—they then tried to appeal, and they lost again.

Although Hana Whitfield is one of Lawrence Wright’s main sources, he makes no mention of her part in this failed lawsuit in his book, at all.

After this plot flopped, Hana Whitfield changed her tactics.

Now, instead of taking over the Church of Scientology from within, Whitfield would try to destroy it from without.

Wright portrays Whitfield’s new undertaking as “counseling people who were considering getting out of Scientology or other new religions.”

But Whitfield was in fact a paid deprogrammer in the now-defunct Cult Awareness Network, a criminal organization active in the seizure, forcible detention, imprisonment, beatings and traumatization of thousands of individuals.

Many of its members were arrested and convicted of assault, battery and kidnapping.

Apparently, this is Lawrence Wright’s idea of “counseling.”

Wright’s connection to the now-shuttered Cult Awareness Network was no oversight.

In addition to Whitfield, he used two more former CAN members as his “sources.”

But only after her failed billion-dollar lawsuit and the bankruptcy of her criminal deprogramming group did the Church discover Hana Whitfield’s darkest secret of all.

In his book, Lawrence Wright notes that a young Hana Strnad “escaped her ‘traumatic family’ situation to become a nurse in Johannesburg, South Africa.”

What he fails to tell readers is that this so-called “traumatic family situation” is her conspiracy, with her mother and brother, to murder her father.

She would reveal it all to her now ex-husband: “Hana, after we’d been dating for a fair number of months made pretty specific statements and those statements added up to—she, in conspiracy with her mother, planned and arranged to kill her father, Charles Strnad.

She folded up on it and didn’t actually execute it—she almost killed him … she was within seconds of doing so but did not.”

But even if Hana Strnad got cold feet, her brother carried through on their plan.

And while her brother was brought up on charges and ultimately convicted, he stood trial alone.

As for Hana Strnad, she fled the country and changed her name.

“She did not really want to go back to face the press. She changed her name to avoid it and she was pretty unwilling to go back.”

She then married an American, to make certain she would never have to return and in the process changed her name yet again.

And all of this kept secret from the Church and only discovered after her failed lawsuit to take over the Church… and line her pockets with a cool billion.

Years later, Hana Strnad-Strachan-Eltringham-Whitfield finds a sympathetic ear in blaming the Church for what she calls her “shattered mental state.”

That would be Lawrence Wright, who sought out this woman… who admitted to plotting a murder, worked with a criminal deprogramming organization, and unsuccessfully tried to sue the Church no fewer than seven times.

So, here's what we have: Hana Whitfield, a greedy, deceitful woman with a dark past… HBO’s idea of a “credible source.”

In future segments, we’re going to show you more of Lawrence Wright’s “sources"…

You’ll also meet those this man calls his “posse”: Such as the guy he nearly killed, who he now calls his “best good buddy.”

…the thief who used to ride shotgun with the ringleader on his punching sprees.

Admitted accomplices in a scheme to suborn perjury—getting others to lie under oath.

And another Lawrence Wright source, the “lady” expelled from the Church for having sexual relations with someone she was ministering to, a violation of professional conduct in any church. You'll meet her, too.

…the paid tabloid source and his wife, whose frivolous lawsuits were repeatedly thrown out of Federal Court and the couple ordered to pay the Church $40,000.

…and the writer who took advantage of his Scientology connections to take $5 million for writing scripts he never completed. 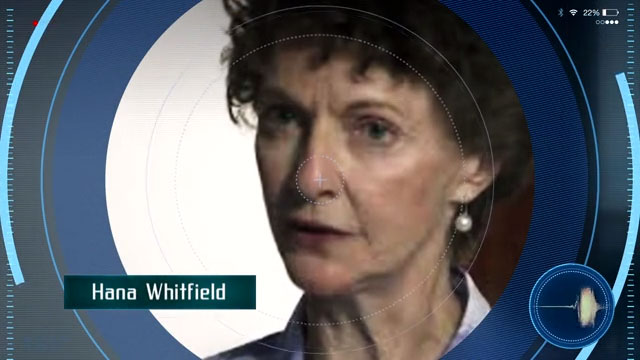