A hair-trigger hothead on screen and off, this video chronicle’s Jason Beghe’s assault on an officer of the court resulting in his criminal conviction for battery.

Alex Gibney source Jason Beghe plays a cop on TV. But what Gibney hides from viewers is this hair-trigger hothead’s starring role in real-life brushes with the law caused by his violent outbursts. Take the process server who,  accompanied by his future wife, drove to the ex-Scientologist’s home to serve him court papers, only to be greeted by Beghe’s fists. When told he was assaulting the man, Beghe’s response was, “I don’t give a shit.”  Beghe ended up pleading no contest as a result of his out-of-control assault, while ordered to pay out $19,000 so the man could at least cover his medical bills. Alex Gibney won’t tell HBO viewers any of that. Instead, he covers it up because bullies who resort to violence, like Jason Beghe, are the real “heroes” of his film.

For his so-called “exposé” on the Church of Scientology, Alex Gibney wanted to find someone who could play the role of angry victim.

And so, meet Jason Beghe.

Expelled from the Church for a pattern of violence.

A man filled with rage and volatility, with a hair-trigger temper that has landed him in trouble with the law.

Just one example: the day two process servers went to his house in performance of their duties.

My name is Kim Teager.

I work for a nationwide legal support, we’re a legal support company who pretty much just serves legal documents for attorneys that hire us.

On this particular day we were hired to serve Jason Beghe subpoena papers.

I served a document to Mr. Beghe and he became infuriated and he handed the document back to me.

I started to walk towards my car after leaving the document on his car, and that’s when he came outside, angry, asking me where I had left the document.

He asked me who I worked for, and I just continued to walk towards my car.

And I saw Beghe walking next to him, yelling in his ear and then he started smacking the back of his head.

So when I saw that I yelled to leave him-leave him alone.

And Jason Beghe violently hit me in the back of my head repeatedly with, with his fist.

Then he started punching me in my abdomen.

When I turned around I noticed that there was six dogs chasing me and Jason Beghe was also chasing me screaming at me to get off his f…ing property.

And I thought he was crazy.

As soon as I got to my car, and I said “Kim, let’s get out of here” and that’s when I noticed that she wasn’t reversing because the six dogs were surrounding the car and then Jason Beghe approached the driver’s side window and he was pounding on the top of the car and then he started to try and break the window with his elbow.

I thought that he was actually trying to break the window to get to us.

I was afraid that he was going hurt us if he did, so I was out of there.

I think I’ve been doing this for maybe 6–7 years before this incident, I’ve never heard of anyone actually getting punched or actually assaulted after serving a paper.

Jason Beghe was convicted of willful battery on an officer of the court and was ordered to pay $19,000 in restitution.

An angry man with a grudge selected by Alex Gibney to continue his pattern of profanity-laced tirades and violence against anyone who dares to cross him.

But Alex Gibney isn’t revealing who Jason Beghe really is.

And for obvious reasons.

It’s not the truth. It’s Alex Gibney. On HBO. 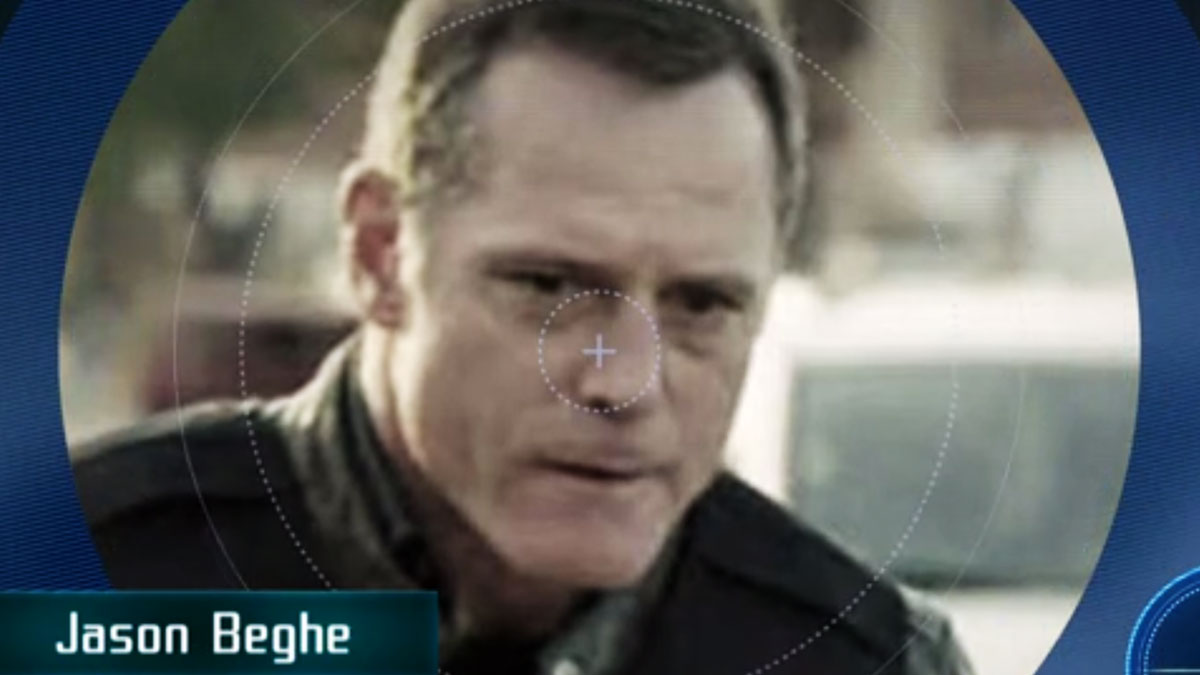