Jesse Prince:
A Liar for Hire

HBO cannot rely on any information provided by producer Lawrence Wright’s source Jesse Prince, someone so deceitful that courts have ruled that he should not be allowed to testify due to his utter lack of credibility. Moreover, court rulings evidence that Prince has received money in exchange for false testimony against the Church.

Even if HBO does not include interviews with Prince in its Going Clear film, it should be concerned because producer Lawrence Wright’s decision to use him in his book speaks volumes about his poor judgment and lack of due diligence. Prince’s blatant dishonesty regarding the Church and its ecclesiastical leader is legendary. Courts have summarily dismissed his testimony as duplicitous and untrustworthy. Indeed, an exasperated Florida Judge once stated that Prince “would tell you under oath that he wouldn’t care if he was under oath or not, he’d lie … I’m just quite flabbergasted. I don’t know that any court has ever seen the likes of him.” (Hon. Susan Schaeffer, hearing of March 1, 2002)

Prince also has a history of bizarre, deviant personal behavior, including engaging in oral sex with his sister when she was a minor, and was charged with contributing to the delinquency of a minor for impregnating a child. He also was arrested for walking naked down the street while high on drugs and pled guilty to disorderly conduct.

Prince’s animus against the Church and its ecclesiastical religious leader is so deep that he is caught on video stating the following about Mr. Miscavige:

All of this raises questions about Lawrence Wright’s use of Prince as a source for anything. Yet Wright dredged up Prince so he could make the ludicrous allegation that the Church engages in “brainwashing” as Prince claimed. If Prince or Lawrence Wright consider it “brainwashing” to advise someone that it is wrong to have oral sex with his underage sister and wrong to impregnate underage girls, then so be it.

Whether Prince is used by Wright and Alex Gibney in their HBO documentary on the Church of Scientology is beside the point. Wright’s book is the foundation for the film, and any book that cites a dishonest criminal like Jesse Prince as much as Wright’s does, calls into question the accuracy of the entire book and Wright’s reporting—let alone the film based on the book.

After being expelled from the Church more than 20 years ago, Prince started a cottage industry as a witness-for-hire against the Church. In one case, in which he received over $300,000, the court ruled Prince was lying under oath.

Another of Prince’s false claims, in an affidavit, resulted in the Church leader being named as a defendant in a Florida civil case in 1999, which took years of time and expense for the Church to set the record straight. Prince concocted a story about having “destroyed files and documents” years before “at the order of the leader of the religion.”

This included Prince’s lying under oath about “pulping” these alleged papers and how three feet of them were crushed into “a little vial” following their destruction. When the documents were found to have never been destroyed at all, all three feet of these files were presented to the judge in their original state.

Courts routinely dismissed Prince’s testimony as perjurious and duplicitous. In addition to the Court’s finding on this issue above, here are some examples regarding what courts had to say about Prince and his veracity:

The Hon. W. Douglas Baird also found that Prince was not a credible witness. (January 10, 2003)

In other words, courts have unequivocally concluded that Prince is a serial perjurer and a chronic liar. Yet, Lawrence Wright treats Prince like he is a credible source. Even Wright’s core sources, Marty Rathbun and Mike Rinder, know Prince is incapable of telling the truth—they were part of the hearings cited above finding that Prince engaged in perjury. (See profiles on Marty Rathbun and Mike Rinder.) Both Rinder and Rathbun have written sworn declarations stating Prince is a liar. As Rathbun wrote in a sworn declaration of 10 March 2000:

“Jesse Prince, a featured [] witness in these proceedings, not only harbors a transparent personal grudge against Mr. Miscavige arising from Mr. Miscavige’s ecclesiastical discipline of him years ago, he also is compensated to slander and harass Mr. Miscavige. …

“Since December of 1998, Prince has regularly positioned himself outside the Church of Scientology in Clearwater proclaiming his intent to ‘reform Scientology,’ while continuing to make threats against Mr. Miscavige personally. In late 1998, Prince was captured on videotape telling Church members in front of the Flag Service Organization:

‘Hi David—I told you I’d be back to reform your church. Here I am, buddy—the reformer.’”

Prince has a criminal record and a documented history of lying. He has been paid for false court testimony. When he appeared in court the judge ruled Prince is not credible. But Wright used him anyway, withholding Prince’s entire background and history of lying. Instead, he used Prince to support his already disproven “brainwashing theory.” Tellingly, Wright did not disclose the information he had about Prince to his readers and never said that the person claiming “brainwashing” had a criminal record and a history of being paid to provide false testimony.

If HBO or Mr. Gibney had any scruples about being journalistically ethical, HBO would question how an author who relies on Jesse Prince as a source can be trusted. As Judge Schaeffer emphatically found regarding Prince’s utter dishonesty:

“Do you think that any Judge would allow that man to testify?” 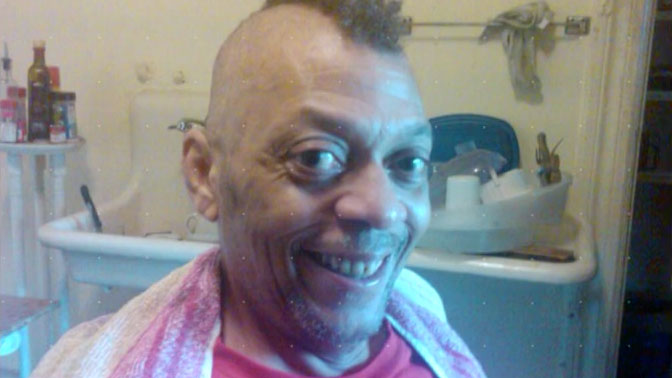