The difference between Wright and wrong

Read the Church informing Alex Gibney that the Lawrence Wright book the based Going Clear: Scientology and the Prison of Belief on contains hundreds of errors and misstatements, is a “compendium of lies from anti-Scientologists” and that publishers in the United Kingdom, Canada and Australia refused to publish it. States the letter, “Mr. Wright’s book is demonstrably biased. We are confident the evidence will show that prior to writing either the New Yorker article or his book, Mr. Wright had a preordained view of Scientology and set out from the beginning to make both a self-fulfilling prophecy and the treatise of a bigot.” 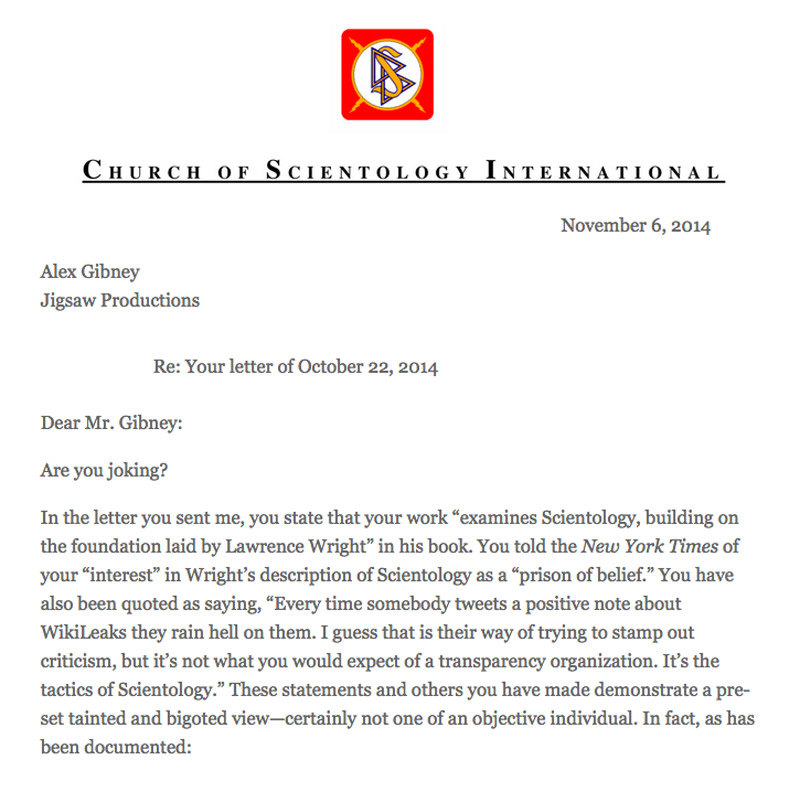